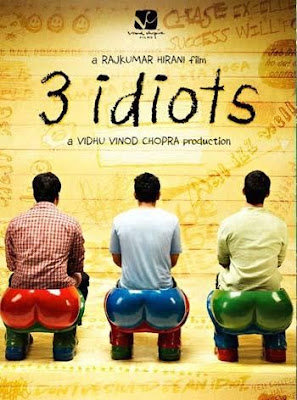 There is a scene in Director Rajkumar Hirani's last release Lage Raho Munnabhai where jail inmates are shown clapping and cheering Munna and Jhanavi's reunion - an absurd, out-of-place scene that is supposed to add sweetness to the film than go with the story. 3 Idiots is filled with too many such moments, be it Raju's miracle treatment, Mona's baby delivery scene (grating), Boman Irani's character or the risque pant-dropping scenes. The intended message still holds though.

With some plot elements and lead characters based on Chetan Bhagat's novel Five Point Someone, 3 Idiots does have its heartening moments. Hirani's innovations provide an endearing appeal to the characters. The question about the Indian education system does linger, there is genuine humour and great acting from all the cast led by Aamir Khan, Kareena Kapoor, R Madhavan and Sharman Joshi.

All said and done, 3 Idiots is a very good entertainer.
Posted by Snehith Kumbla at 20:14:00 No comments: Links to this post 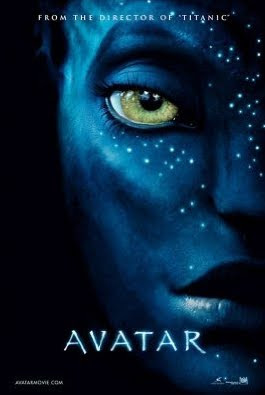 Once the 3-D novelty wears off and the seen-it-all special effects, Avatar is an action adventure that doesn't disappoint you. It does awe you at times, the Peter Jackson shadow of what he started in that landmark trilogy The Lord of the Rings and repeated in some sequences of King Kong is omnipresent.

James Cameron's AVATAR stars Sam Worthington as an handicapped ex-marine who is called in by the US army to remotely control a cloned body of a Na'vi - an indigenous tribe that resides in Pandora forest. Greed is at play here, the paraplegic must intrude the tribe, know its secrets and help evacuate the tribe so that Pandora's rich resources are exploited. The Avatar has other ideas though.

For its action sequences, the detailing of Pandora and its creatures and the magnificent execution, Avatar is certainly a watch. Do not expect a Titanic though - somewhere in all that glitz, a little heart is missing.
Still, there is no denying that in 3-D, Avatar is an unmissable cinematic experience.
Posted by Snehith Kumbla at 18:04:00 No comments: Links to this post

In his second film as director, R Balki shows his knack for comic lines and situations and again, as in his directorial debut Cheeni Kum, a weakness for the emotionally-heavy moments.

Paa meanders through its story of a child suffering from a fatal disease - Progeria, and the bringing together of his parents - the father depicted sketchily and unconvincingly as a young upright politician, and the mother - a gynecologist.

In all its roughness and rawness, Paa's strength is Amitabh Bachchan - in a daring role of a 13 year-old child, complete with a squeaky voice, effective make up, and ready wit, Bachchan probably delivers  the best performance in his career and is the reason you should catch the film in a theatre near you. Art is ageless, they say...
Posted by Snehith Kumbla at 12:29:00 No comments: Links to this post 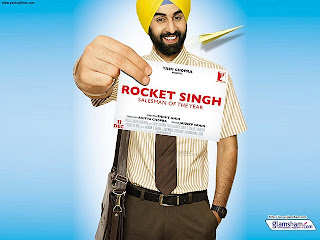 Rocket Singh - Salesman of the year is not without its loose ends and emotional baggage. Director Shimit Amin brings to life the tension of a computer sales office - employees crying over targets, sly seniors, an efficient receptionist, a computer voyeur, looming bosses and in the midst of it all, the fresher - Harpreet Singh Bedi.


Stirring an entertaining cocktail of a drama out of the available elements, Rocket Singh...goes to unexpected places without ever stumbling on a needless song or any stretched love angle. It couldn't have been as watchable if not for the performances - Ranbir Kapooor (growing as an actor) is spot on with his role, underplaying his Sikh character, D Santosh is hilarious as the sleazy computer operator, while Gauhar Khan is all spontaneity as the receptionist.

Stretched and contrived,but straight from the heart.
Posted by Snehith Kumbla at 13:09:00 No comments: Links to this post 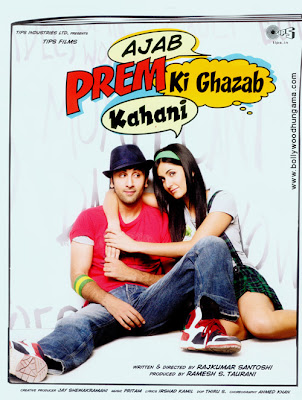 You laugh, yes, it is all silly, lovely, stupid, childish and filmy and stays that way till the end credits roll. Ajab Prem Ki Ghazab Kahani sticks to the Hindi film masala and derives most of its jokes from silliness and bizarre situations, sometimes just for the sake of mirth, intelligence be damned.

The lead performances saves this titanic from sinking. Ranbir Kapoor dazzles as Prem, you can only enjoy the effortlessness with which he holds your attention; Katrina Kaif is competent as the innocent stereotypical girl Jenny; Darshan Jariwala and Smita Jaykar are splendid as Prem's parents.

The gags never abate so you seldom have the time to think "What the hell is going on?" After all the popcorn-crunching and samosa-gulping, Ajab Prem Ki... is a failed attempt to recreate the magic of   Director Rajkumar Santoshi's 1994 madcap cult classic Andaz Apna Apna. It just doesn't work that way though. A bearable one-time watch.
Posted by Snehith Kumbla at 16:27:00 No comments: Links to this post 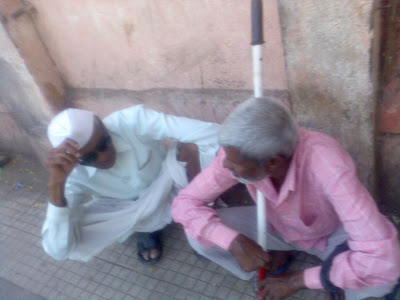 click image for large size view
Posted by Snehith Kumbla at 13:10:00 No comments: Links to this post

With a storyline that is so similar to this year's Kabir Khan drama New York that it couldn't be a coincidence, Kurbaan is a wannabe thriller. The banging at the front door, the eerie silence slicing a gun battle, the paper hidden under the coffee cup, director Rensil D'Silva does have the flair for edgy moments. Religious banter just about drags our attention, for they merely form a background for the drama. Never are we let deep into the minds of the terrorists, some clever abrupt lines does give us a glimpse of why the characters behave in a particular manner, but it is never satisfactory.

The running time could be a little drag and there are some illogical filmy moments. The attempt to mix topicality with what could have been a breezy thriller makes the film heavy at times, but Kurbaan is still a bearable watch for what it could have been as a taut thriller.

Posted by Snehith Kumbla at 10:41:00 No comments: Links to this post