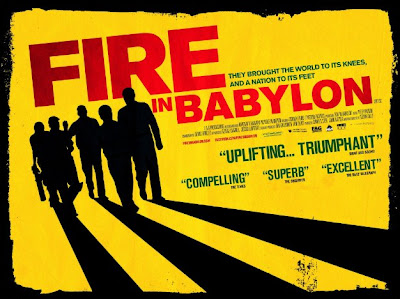 Now, should a documentary take sides, by no really doing so, but just not presenting the alternate available information, in order to favour its focal point? Fire in Babylon is a 2010 documentary on the rise of the West Indian team during the 1970's the 1980's. Relying heavily on footage and player interviews, there is certainly a powerful story to tell on how Clive Lloyd led a legendary team through racial discrimination, defeats, been grossly underpaid, to finally emerge as a feared and invincible test team. The domination was such that no team could defeat the West Indies in tests between 1980 and 1994.

This is also the story of life-threatening bowling, helmet-less batsmen, the emergence of Bob Marley and the Wailers, broken faces and sheer courage. A steal for Cricket history lovers, the only grouse is the gaping absence of interviews of Tony Greig, Greg Chappel, Ian Botham, Sunil Gavaskar and other cricketing counterparts. The only talk we get is that of the West Indian players. With words like 'white dominance', 'black wash', 'negro slaves' been bandied about, surely we would have liked to know how the counterparts saw this dominance. What was it to face Michael Holding, Andy Roberts, Joel Garner and Colin Croft? Nobody tells us.

This otherwise compelling documentary thus comes across as a motivational video for the present depleted WI team, in parts. Still, for the sheer magnitude of what the West Indian Cricket Team achieved, Fire in Babylon is a good, entertaining add-on to your knowledge.
Posted by Snehith Kumbla at 16:41:00 No comments: Links to this post

Posted by Snehith Kumbla at 12:19:00 No comments: Links to this post

curtains to the juice season

Posted by Snehith Kumbla at 14:19:00 No comments: Links to this post

Posted by Snehith Kumbla at 10:34:00 No comments: Links to this post

Posted by Snehith Kumbla at 21:48:00 No comments: Links to this post 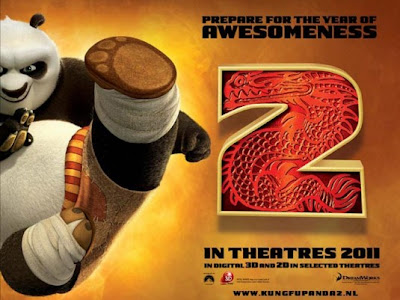 Still overweight, cuddly and clueless, Po (again, an endearing voice over by Jack Black) and the furious five face a new challenge from an evil white Peacock Shen (Gary Oldman), who is hell-bent on conquering China and  destroying Kung Fu forever. The bringing in of 3D, adds leverage to the action sequences, and the consistent humour keeps the proceedings breezy.

In 90-odd minutes, the sequel is a whirlwind ride, here we must thank the writers who ensure the gags keep coming. The voice overs are all spot on and the animation top class, if the film lacks anything, it is a little bit of heart, which the first one had ample servings of. This is a minor quibble, for all through Kung Fu Panda 2 there is hardly any loose end. Go for it, though 3D does add to the viewing experience, 2D viewing should be enjoyable too.
Posted by Snehith Kumbla at 18:52:00 No comments: Links to this post

Hi all,
Got one of my haiku published in the June issue of The Heron's Nest. Most Haiku magazines, online or otherwise publish their selections every quarter. The link to my page along with many other Haiku writers can be seen at: Haiku, June 2011

The many wonderful, supple, concise haiku poems, including Pune's own Kala Ramesh in this June 2011 of the site can be read from the links available at:
The Heron's Nest (Home Page)

My earlier haiku publications at the World Haiku Review, January 2011 can be read at:
Link 1
Link 2
Link 3
Posted by Snehith Kumbla at 16:42:00 No comments: Links to this post