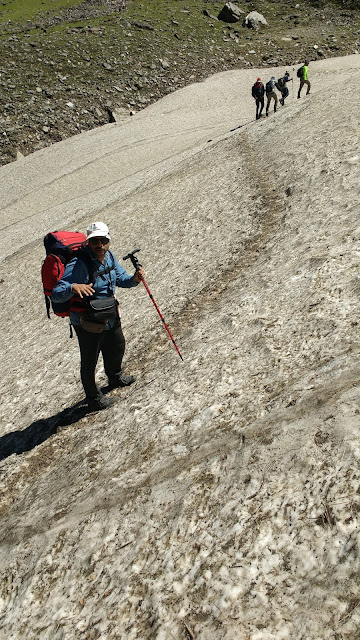 The experienced Himalayan campaigner, Aditya, guides me before I set foot on my first snow trek.

What was my prior reference point to trekking on snow? Commercial Hindi films. Bollywood movies have made walking on snow feel like dancing on your best friend's wedding. I mean, even way back in Junglee (1961), Shammi Kapoor rolled, crashed and drowned in the snow without any visible injury, while shouting a thunderous, "Yahoo!" to go with it. As for Sridevi swaying in a thin yellow saree in Chandni (1989) to Rishi Kapoor's sweater-draped romp over the definitely chilly Switzerland hills, well they must have paid her damn well for that craziness.

Walking on Snow: Alertness the Key
Cutting back to reality, believe me, Hindi film fans and my other dear readers, you are on your own here. How hard snow, melting snow or crushed snow responds to your shoe grip can be tricky. The best thing for beginners is to stay alert and ensure a firm grip with every step. I had my faithful companion, a walking stick. It was a stout lengthy dark branch of a tree that a villager at Jakha had cut to the right size, scrubbing it's one end to a rough bluntness. The stick made for great support, especially during the testing snow hikes.

Crampons, to be fixed to the boots for superior grip on prolonged snow walks, were provided on the vital day of the thrilling summit climb, but more on that later. 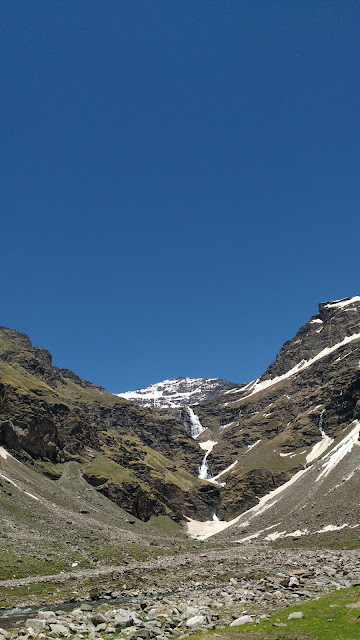 Himalayan Magic: Melting Snow, Gushing Stream
We arrive at the Lower Waterfall camp after another tough but enjoyable day of trekking. That the air was getting thinner at 12000 ft was evident now. I tread cautiously, catching my breath after a set of dozen steps and then moving ahead.

Many of us were carrying our own backpacks. What we ate, how much we ate, how much energy needed to be conserved, precautions to not fall sick, protective layers of clothing, drinking warm water, were now important factors. Keeping conversation to the minimum while trekking - another good idea for unhindered breath.

The waterfall was gushing as a result of the steadily melting snow. It was no longer in the icy white, frozen form that I had seen on the Internet image searches. In fact, by evening, the stream beside the camp had doubled in volume and width. Jokes on flooding and imminent death followed.

It was unlikely though for the stream to swell through the night and engulf us all. Surely, the weather would grow colder and the melting ice would pause until sunrise to continue its age-old cycle.We were all still alive, dry when morning arrived, to the tinking of the bells around the porters' grazing mules. An icy flood, a timely escape, and an exciting rescue mission ending with steaming hot chocolate cups would have made a great story though, at least on paper. 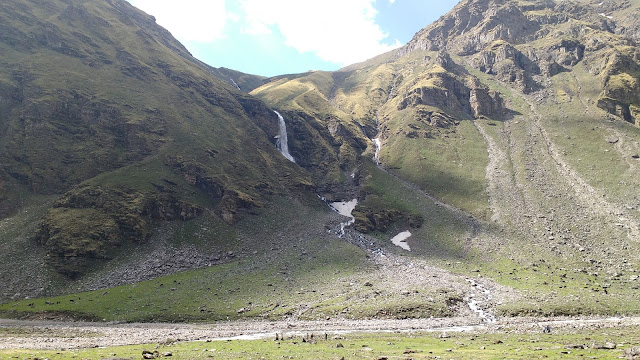 One, with the Mountains
To be at par with the adjoining mountains during the acclimatization climb treats us to another great waterfall and a grand view. It is truly as if we were in the age when gigantic beasts ruled the earth and gods at war flung huge weapons of lightning, piercing the earth and creating mountains. Climbing up fast and joyously, it is here that I am finally confident and convinced that nothing will deter me from enjoying every step of the trek to follow, from making the final summit climb. 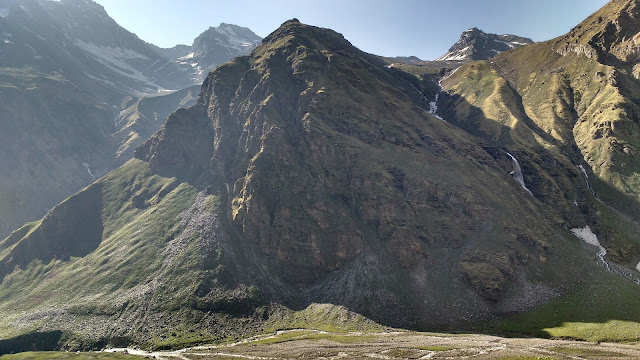 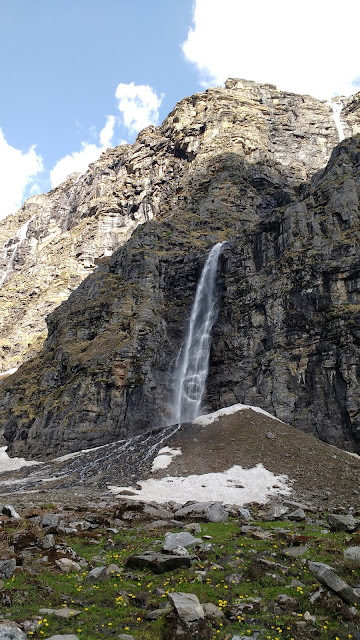 Another majestic waterfall greets us at the Lower Waterfall camp, falling from a great height, making midgets of mighty rocks. 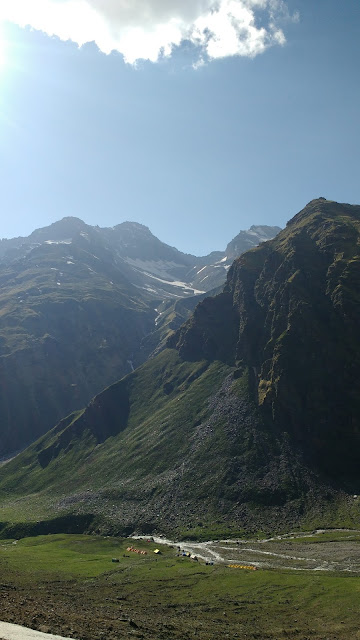 Our tents seem like a distant, unknown village while gaining height during the acclimatization climb. 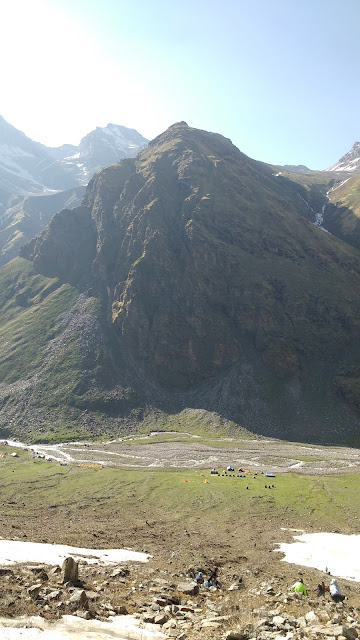 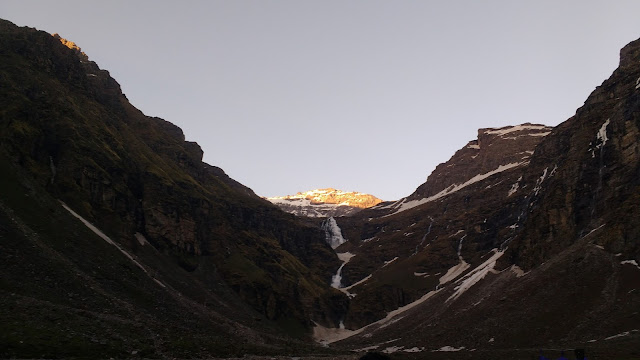 The first sun rays slice the top of the mountain into two shades. It is an epic sight, imagine watching a miniature tilted, revolving earth, lighting up from within. That's what it felt like. 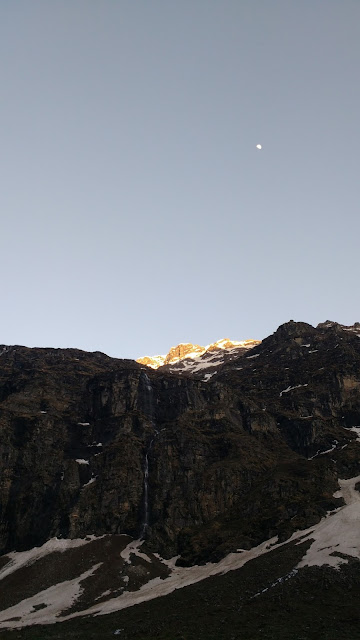