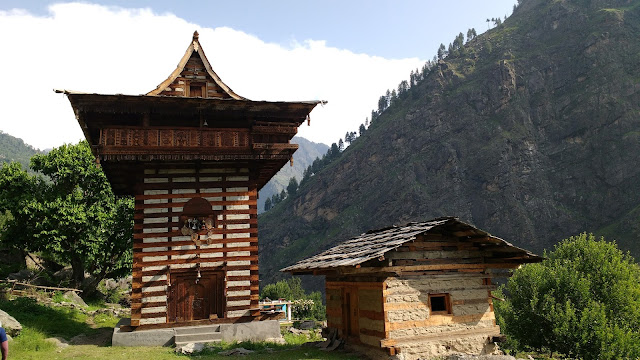 Bright clear day, and as fellow trekkers had suggested, one doesn't need layers of clothing while trekking during these initial days. The body generates enough heat for one to trek with just a t-shirt and a pair of trousers. The thermals, sweaters, gloves were required in the evenings and while sleeping in the camping tents. We were yet to get our first glimpse of snow. 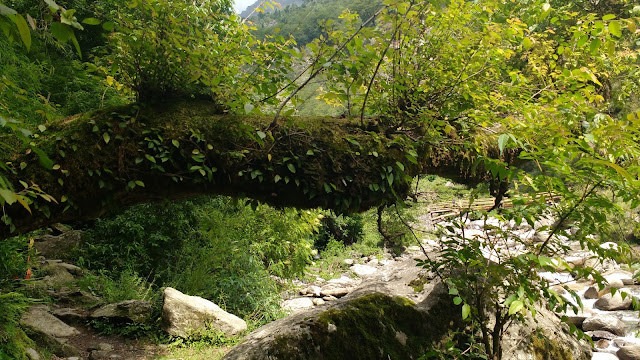 Wild, untouched, greenery. The air is abundant with a richness of oxygen and life teems here unhindered, except on the rocky, trodden path. 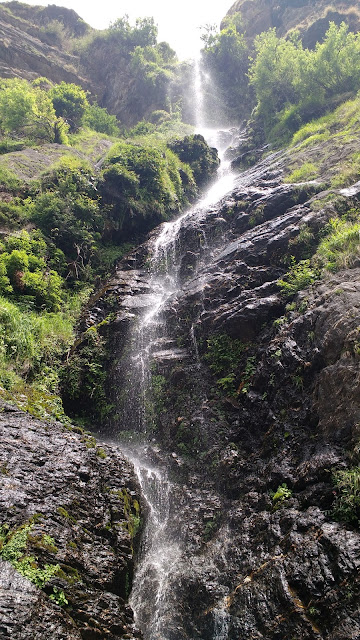 Again, we were warned not to drink too much of the ice-cold water from the passing streams, because there was the danger of falling sick from a stomach ache, and resultant disastrous effects related to the bowel movement. 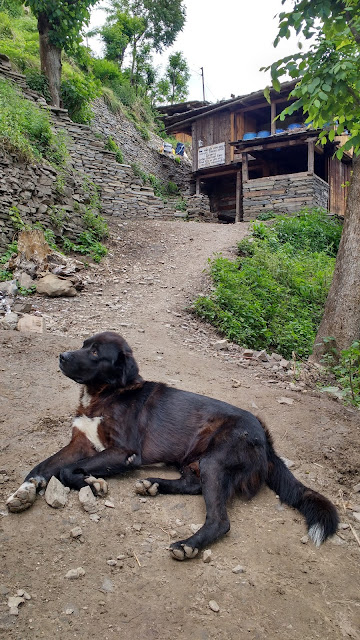 We rest for a few minutes en route to the hanging village of Jakha. At Jakha, no construction touches the earth, every wooden house and construction stands above the ground, supported by sturdy wooden pillars giving the village its name. 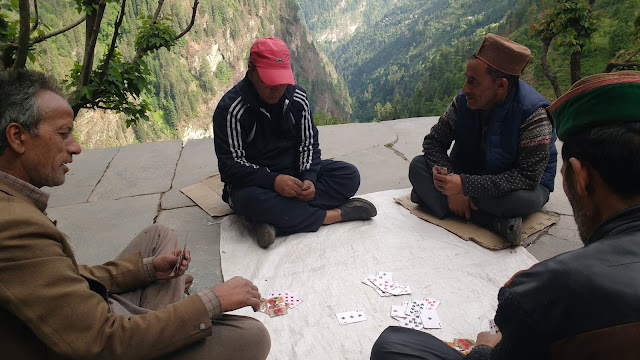 The Card Players of Jakha
We reach Jakha in the afternoon. I find a group of village men engaged in a leisurely card game and strike a conversation.

The gentleman on the left, speaks of his winter trip to Pune a year ago (and about liking it immensely). He clearly didn't witness Pune's chaotic traffic. Along with a group of villagers from Himachal Pradesh he also visited legendary activist Anna Hazare's village Ralegan Siddhi during the trip, underwent training in water conservation and sustainable agriculture techniques.

He clearly didn't like the trip to Mumbai. Understandably. Our conversation extended in bits and parts, unhurried. He was mulling over his next hand in the card game and speaking when it pleased him. Only the afternoon and its goings concerned him. There was no cell phone or watch to contemplate over. There was nowhere to rush to, a lull surrounded the mountains as evening fell. Now that is what a laid-back life really means. 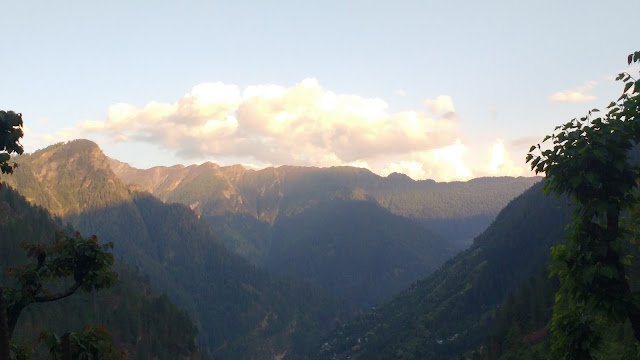