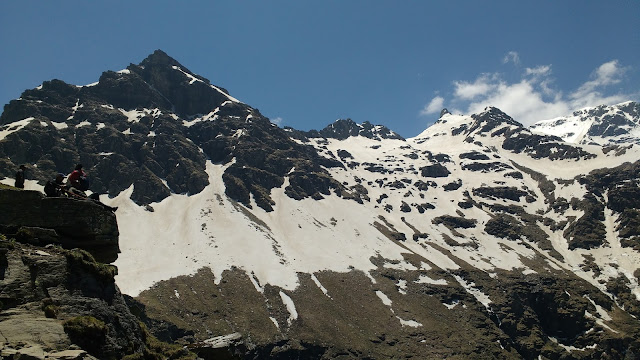 Heading past 13000 ft and beyond, a great silence enveloped us like a gentle friend. It was the toughest day of the trek so far and I recall that we didn't speak much that day. Sometimes we urged a lagging person with encouraging words like, "Come on!" And that was that. 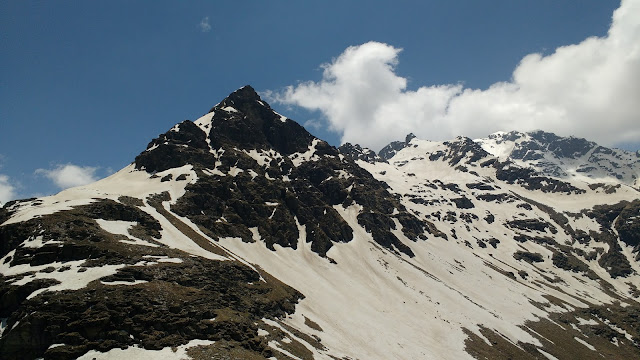 Sunlight reflects off snow in a continuous blinding burst at this height, my specially-bought sunglasses really served their purpose over the next two days. Despite the ample food we were eating at the daily stopover camps, many of us were losing their appetite, some were experiencing headaches due to altitude sickness. Nobody fell seriously ill though. The weather continued to be excellent, like a long run of good fortune. 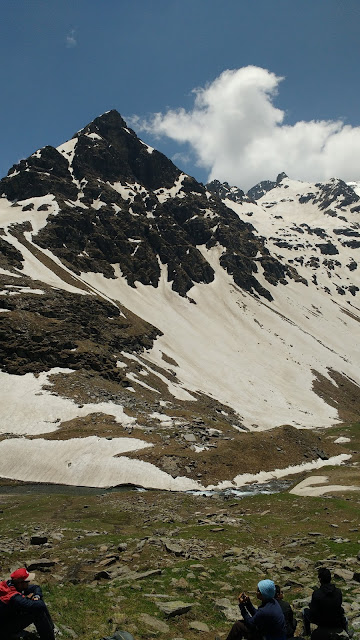 Soon, any sign of vegetation would completely disappear. The geography would be limited to only snow and rocks until the descent. 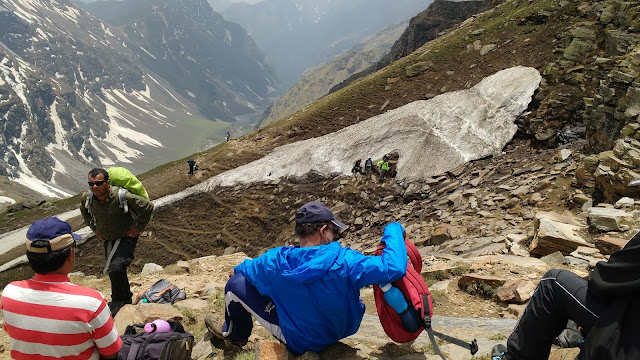 Lower oxygen levels meant more little breaks. The walking rhythm was a crucial factor now to maintain a certain pace and at the same time for energy retention. Veteran mountain trekkers were more at ease though, with a been there, done that finesse in their movements. 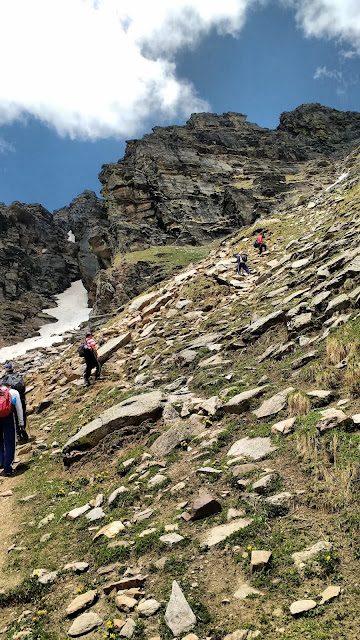 The organizers had decided to set up camp at almost 14000 ft, further away from the Upper Waterfall. We were covering more distance that there was less to cover the next day, the final day of the climb. For we needed all our gathered grit and courage for the upcoming Rupin Pass summit climb.
Posted by Snehith Kumbla at 15:22:00